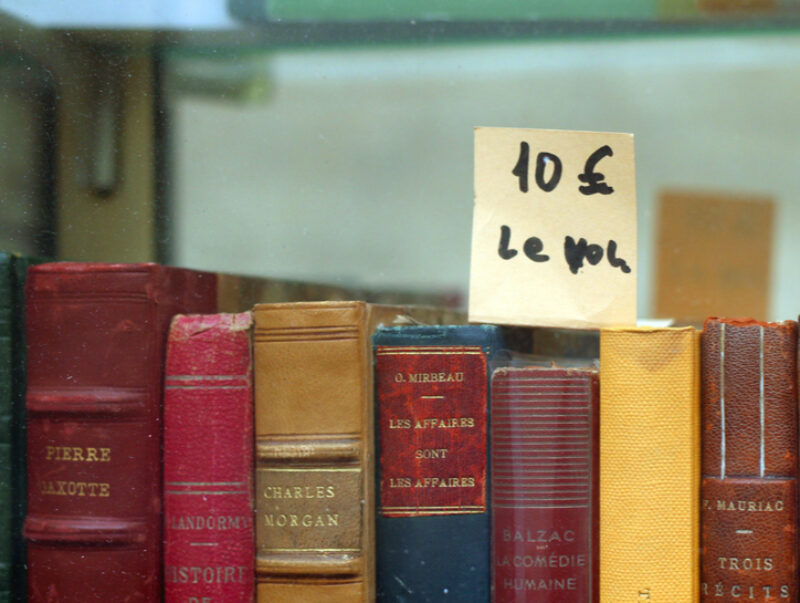 French literature boasts 15 Nobel laureates. It has also given us titans of fiction like The Three Musketeers and The Hunchback of Notre-Dame.

But there are authors beyond Victor Hugo and Alexandre Dumas, both old and new, well worth visiting – or revisiting.

In honour of Bastille Day, held on 14 July each year, why not take a look at some classic (and a few more recent) books by French authors to add to your summer reading pile?

‘La Comedie Humaine’ is a series of more than 100 interconnected stories – many unfinished at the time of his death – in which Balzac attempted to record the reality of post-Napoleonic France.

Eugénie Grandet is one of the earliest of these works, retrospectively fitted into the subcategory ‘Scenes of Provincial Life’.

Young Eugénie lives under the shadow of her miserly father Grandet. His obsession with gold has seen him amass a fortune, and yet still the family’s house is cold and gloomy. Grandet would rather hoard his wealth than pay for coal to light the fire.

When her charming cousin Charles arrives at the family home, Eugénie’s interest grows into an obsession to match her father’s.

The ‘Voyages Extraordinaires’ sequence of novels and short stories by Jules Verne includes classics like The Mysterious Island, 20,000 Leagues Under the Sea, and Around the World in 80 Days.

Before those, however, came A Journey to the Centre of the Earth.

The science-fiction adventure story sees Professor Liedenbrock’s nephew Axel, relate the story of a journey into the depths of the Earth. Accompanied by their Icelandic guide, Hans, the trio tackle cave-ins, sea voyages across underground oceans, and prehistoric creatures.

Another writer whose novels form part of a much larger series, Zola wrote a cycle of 20 books under the title ‘Les Rougon-Macquart’. Subtitled, ‘Natural and social history of a family under the Second Empire’, the most famous novel in the sequence is probably Germinal.

Coming before Germinal, however, in terms of the publication date and Zola’s own recommended reading order, is L’Assommoir.

Referring to a shop selling spirits distilled on the premises, the story follows the downturn in the fortunes of Gervaise Macquart. Despite having two young children to feed, Gervaise and her husband – along with many of Paris’s downtrodden poor – succumb to temptation, thereby sealing their slide into destitution and squalor.

This novella by the Nobel prize in literature winner encapsulates the author’s absurdist philosophy.

Split into two parts, the novella begins with the death of our narrator’s mother. Several weeks later, our protagonist, Meursault, commits a murder for which he is sentenced to death.

The parts are split to tell the story of Meursault’s life before and after the crime, as a free man and a prisoner, trying to make sense of his fate.

Philosopher and writer Simone de Beauvoir included Camus and Jean-Paul Sartre in her fictional autobiography, the prize-winning The Mandarins.

At the end of the German occupation of France, a group of intellectuals gather to discuss their futures. Epic romance, existentialist philosophy, and – especially for readers of the time – the scoop on the lives of three literary and philosophical greats.

Beauvoir, however, would always deny that the characters in The Mandarins were based on her real-life circle of friends.

Born in 1967, Ndiaye is an award-winning author who published her first work at only 17. The writer of countless novels, short stories, and books for children, Self-Portrait in Green is Ndiaye’s subversive take on a memoir.

Beginning with the La Garonne river that flows through NDiaye’s hometown, an early encounter with a seemingly invisible woman in green marks the start of an obsession.

Each further encounter with any woman in green – fictional or taken from real-life, dead or alive – is another glimpse into the inner life of our nameless narrator.

The Mad Women’s Ball is an international bestseller, a Sunday Times Top Fiction selection, and soon to be an Amazon Prime original film.

Based in Paris’s Salpêtrière asylum in 1885, a senior nurse named Geneviève is enthralled by Doctor Charcot and his ground-breaking methods for curing ill women. Until that is, she meets Eugénie and everything begins to change.

Because the asylum’s inhabitants aren’t all as they seem. Among the mad and the hysterical are the unwanted, the forgotten, and the simply inconvenient. For these women, hope comes but once a year, at the annual Mad Women’s Ball.