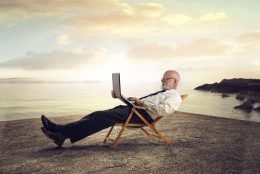 There was a time the state pension age for men was from age 65 and women from age 60. Those numbers may still be locked in your memory, but they are heading towards their own retirement.

In March an independent report prepared for the government made proposals about the next step up, to a state pension age of 68.

The report, by John Cridland, proposed that the change should occur between 2037 and 2039, seven years earlier than provided for in the existing legislation. If the government accepts the suggestion, then you will be affected if you have not yet reached your 47th birthday.

There were no dates mentioned for further SPA increases, although Mr Cridland did say he felt SPA should not increase more than one year in any ten-year period, assuming there are no exceptional changes to mortality. In theory that could mean an SPA of age 70 arrives by 2059, which would catch the younger half of the Millennial Generation (often called Generation Y), born between 1980 and 2000.

The government is due to publish its own report, drawing on Mr Cridland’s work and number-crunching undertaken by the boffins in the Government Actuary’s Department. Not only is it likely to adopt something very close to the 2037−2039 window, but it may also follow another recommendation of Mr Cridland: the abolition of the triple lock increases to state pensions from 2020.

Unless you are relaxed about an ever-distant state pension age, now is the time to review your private pension planning arrangements. Please get in touch with the Hartsfield team, for a full review of your pension.