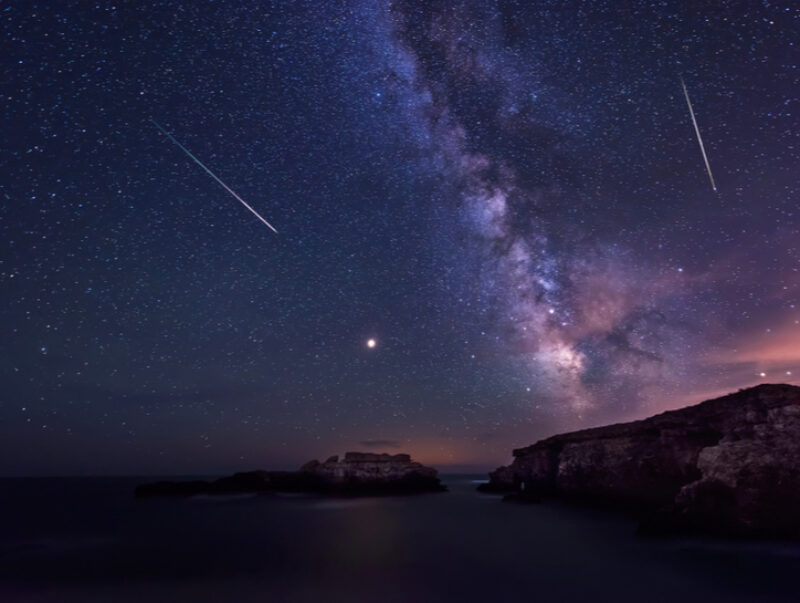 There are 88 recognised constellations in the night sky – made up of thousands of stars visible with the naked eye – from Leo the lion to Draco the dragon and Aquarius the water bearer.

UK stargazing saw a huge surge last year. With lockdowns confining many of us to our homes, Brits looked to the heavens for solace and much needed moments of quiet contemplation.

While shorter nights mean that summer isn’t the best time of year for stargazing, darker nights around each new moon provide the best chance for clear views.

There is plenty to see beyond the ancient and modern constellations too, whether you’re an expert or an amateur astronomer. So far, 2021 has brought meteor showers, a lunar eclipse, and a supermoon.

Here’s a taste of the astronomy events still to come this summer.

While spring and autumn are often considered the optimum time for UK stargazing – the nights are longer than the summer but not as cold as in the winter – the Perseid Meteor Shower offers the chance to witness this majestic phenomenon without the need for thermal underwear.

This year, the incredible meteor display will peak between the 12 and 13 of August, just a few days after the new moon. This will limit natural light pollution and provide the best chance for an uninterrupted view. The shower could peak at up to one meteor every minute.

There are two planet oppositions to look forward to in August.

Occurring when the Earth is directly between a planet and the Sun, a planet in opposition is around the closest it ever gets to Earth. Planets in opposition will also be receiving a lot of the Sun’s light, making them easier to spot.

Saturn will reach opposition first, on 2 August, with Jupiter following on 19 August. Jupiter is the largest planet in our solar system (around 1,120% the size of Earth), while Saturn is the second largest (at around 945% the size of Earth).

These massive planets will be visible with the naked eye, but two other planets will also be in opposition later in the year. You’ll need a telescope or binoculars to see Neptune reach opposition around 14 September, with Uranus following on 5 November.

Full moons occur every 29.5 days, resulting in around 12 per calendar year. Around the world, different names are given to these moons – in the UK, for example, January’s full moon is the “Wolf Moon”, while September’s is the “Harvest Moon”.

The cycle of phases takes less than a full month, which leads to “lost” days and occasionally an extra 13th moon is needed.

This is known as a “Blue Moon”.

It is from this phenomenon that we get the phrase “once in a Blue Moon”, used to signify a rare event. In reality, a Blue Moon is a fairly regular and frequent occurrence – at least in astronomical terms – appearing approximately every two and a half years.

According to NASA, the James Webb Space Telescope (JWST) “will be the premier observatory of the next decade” and is expected to launch on 31 October this year. The BBC has already named it the major rocket event of 2021.

A replacement for the soon-to-be-obsolete Hubble Telescope, the JWST will focus on the red and infrared end of the spectrum, helping to explore our cosmic history, back to the earliest galaxies formed after the Big Bang.

You can expect to see the first images from the telescope around six months after launch.

Venus is the second planet from the sun (only Mercury is closer). Visible in our skies only at sunrise and sunset, it is otherwise lost to the sun’s glare. Despite being a planet, it is often known as the “morning star” or the “evening star”.

It is most clearly visible when it is furthest from the Sun. This is known as its “greatest elongation”, and it occurs approximately every one-and-a-half years.

In 2021 it will occur in mid-to-late October and will reach its further point above the horizon in December.

A peak performance. And all the ups and downs.