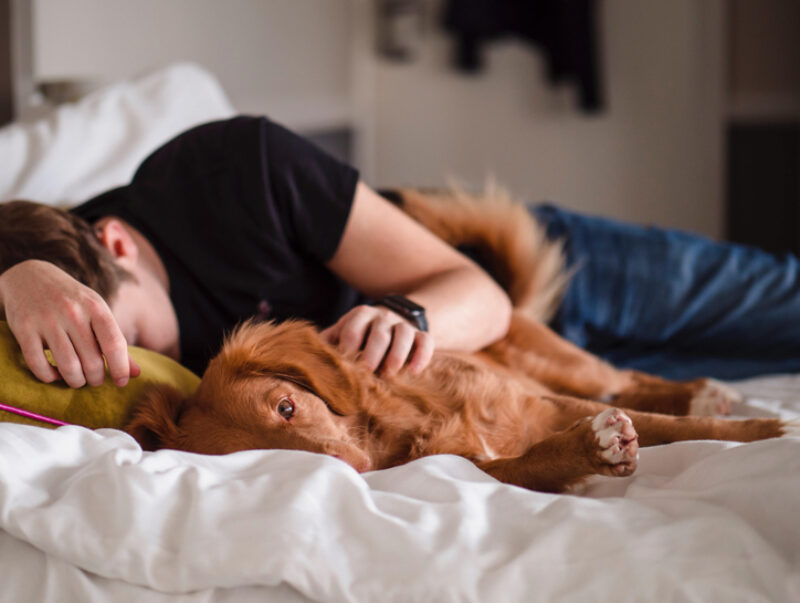 Along with sun, sea, and a healthy diet, siestas are embedded in the culture of Mediterranean countries like Spain and Greece. After a midday meal, when the sun peaks and working becomes unbearable, a short nap reinvigorates the body and mind.

And it’s a practice no longer limited to the Med.

Having already borrowed heavily from the Mediterranean diet, the siesta is growing in popularity too, with the emergence of National Napping Days in the US and the UK.

Taking time out of a busy day to concentrate on yourself is important for your wellbeing. Even 20 minutes can make a huge difference. This might mean going for a jog, reading a book, or listening to music. But it could also include a nap.

Here are three reasons why you can enjoy an afternoon nap guilt-free.

1. You could lower your risk of cardiovascular disease (CVD)

A study published by the British Medical Journal in 2019 found that occasional nappers – once or twice a week, for five minutes to an hour – were less likely to experience a heart attack, stroke, or heart failure than non-nappers.

The study tracked the napping patterns of more than 3,000 people aged 35 to 75, over five years.

It did, however, find no evidence connecting lower rates of CVD where napping was more frequent, or for longer than one hour.

The BBC, meanwhile, reported back in 2019 on a Greek study that also found health benefits to napping. The cardiologist behind the study found that a nap “may also have benefits for high blood pressure”.

Why not put 20 minutes aside each day that is just for you? Put this 20-minute slot into your diary and commit to it each day. Turn off electronic devices or mute notifications, close your office door or head out for a walk.

Read a magazine, listen to listen, or do some exercise. And if you fancy using this time to nap once or twice a week then do that too. But do it guilt-free.

2. An afternoon nap could help you get into better shape

Back in 2020, CNN Health reported on an American study into the link between sleep deprivation and obesity among women.

The year-long study of more than 500 women found that insufficient and poor quality sleep led to increased consumption of added sugars, saturated fats, and caffeine.

Long-term sleep problems can make you feel hungrier and lead to increased snacking.

Keeping regular sleep patterns – going to bed and waking up at the same times each day – is the best way to achieve good quality sleep. Ensuring you have a restful environment, that you avoid pre-bed caffeine, alcohol, and tobacco, and that you exercise regularly will also help.

And yet, external factors can still have a huge influence and lead to you getting insufficient sleep.

If you know you had a poor night, consider a nap to top up your sleep levels. If the problem persists, though, be sure to speak to your GP.

3. Napping can improve your creativity

You might use your daily 20-minute timeout to indulge in a love of art or to catch up on the latest work of Booker prize-nominated literary fiction.

A simple nap can boost your creativity too.

While we all know we should be getting seven to nine hours of sleep each day, some scientists argue that it doesn’t matter when in the day you get those hours.

This involves drinking coffee before falling asleep so that you are jolted awake 20 minutes later when the caffeine kicks in. The Highway Code even advises the same approach for sleepy drivers.

The study of more than 2,000 adults found greater mental agility in those that napped compared to those that didn’t.

If you’re feeling tired, take a nap. You could wake up with your batteries recharged and your critical thinking skills honed. This, in turn, could lead to a much more creative afternoon.

Be wary, though, of this warning from Oxford’s Professor Espie: “If you’re finding naps restorative then you’re probably sleep deprived. You should be making sure you’re getting sufficient sleep at night.”