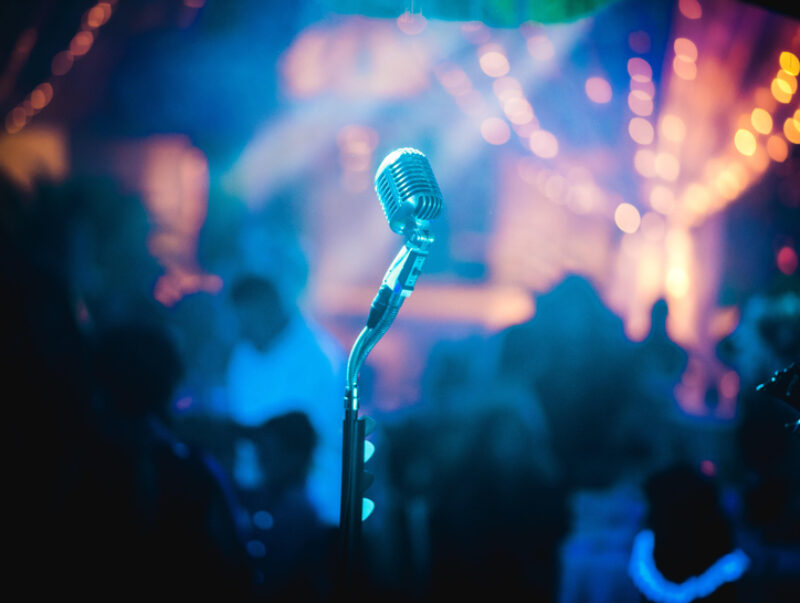 Best known for his 1991 hit single ‘The One and Only’, Hawkes’ follow-up releases failed to make the same impact, relegating him to one-hit-wonder territory. But here, he’s in good company.

With International Dance Day just around the corner (29 April), take a look at our rundown of 10 of the best one-hit wonders to grace the UK singles chart over the last 60 years.

Ricky Valance – born David Spencer – became the first male Welsh singer to have a UK number one when he sold over 1 million copies of ‘Tell Laura I Love Her’.

Charting a teenage tragedy, the song – which tells of a fatal stock car race entered in the hope of using the winnings to buy an engagement ring – was written by Jeff Barry and Ben Raleigh. It had already been a US hit for singer Ray Peterson (reaching number seven in the US charts) before Valance took it to the top of the UK charts in the same year.

While Valance would go on to release further singles, with one, ‘Movin’ Away’ reaching number one in Australia and Scandinavia, ‘Tell Laura I love Her’ would be Valance’s only UK hit. He died in June 2020, aged 84.

Usually agreed to be the first UK band to achieve one-hit-wonder status, the Overlanders did so in 1966. They reached number one in the UK charts – and stayed on the top spot for three weeks – with their cover of ‘Michelle’.

Arthur Brown, “the God of Hellfire”, formed the psychedelic rock band The Crazy World of Arthur Brown in 1967.

‘Fire’ sold over 1 million copies, reaching number one in the UK and Canada, and number two on the US Billboard Hot 100. The accompanying album, The Crazy World of Arthur Brown, reached number two on the UK album charts and led to tours throughout the sixties, sharing billing with huge names from the time like The Who, Jimi Hendrix, and the Doors, among others.

The follow-up single to ‘Fire, ‘Nightmare’ reached number 56. Now thought of as a pioneer of both shock rock and progressive rock, the band reformed in 2000 and have since released four studio albums.

Norman Greenbaum is an American singer-songwriter best known for his 1969 hit song ‘Spirit in the Sky’.

Originally a folk singer, the released version of ‘Spirit in the Sky’ was a far cry from the acoustic demo he originally recorded. The beefed-up, electrified version, reached number one in the UK charts, selling more than 2 million copies between 1969 and 1970.

Despite the spiritual title and lyrics, Greenbaum has confirmed that the song was actually inspired by the Westerns that he grew up watching.

Anita Ward’s only number-one hit, ‘Ring My Bell’ is a 1979 R&B and disco song written by Frederick Knight.

While the song was originally written for eleven-year-old Stacy Lattisaw – who went on to have several hits in the 1980s – Ward’s follow-up single, ‘Don’t Drop My Love’ could only limp to number 87 in the US billboard chart.

Ward was nominated for Best Female R&B Vocal Performance at the 1980 Grammy Awards.

In the UK, Joe Dolce’s ‘Shaddup You Face’ is almost as famous for keeping Ultravox’s ‘Vienna’ off the number one spot, as for its own chart-topping success.

The American-Australian singer/songwriter, poet, and essayist did though receive international acclaim with this multi-million-selling track that reached number one in 15 countries.

A novelty song about a rebellious Italian boy, ‘Shaddap You Face’ is a novelty song that went on to become Australia’s best-selling single ever.

While this number-one hit by M|A|R|R|S was a one-hit-wonder for the band, as a defining moment in the emerging acid house scene, it remains hugely influential to this day.

A collective formed by the groups A.R. Kane and Colourbox, following the release of ‘Pump Up the Volume’, both groups were keen never to repeat the process, and M|A|R|R|S never released any further material.

The song reached number one in Holland, Canada, and the UK, and number 13 on the US Billboard Hot 100.

British singer Chesney Hawkes rose to fame when he starred in the 1991 comedy-drama Buddy’s Song alongside Roger Daltrey, Sharon Duce, and Michael Elphick.

The Nik Kershaw-penned ‘The One and Only’ features in the film, sung by Hawkes, and would go on to reach number one in the UK singles charts.

Although Hawkes’ follow-up single ‘I’m a Man Not a Boy’ would later reach number 27, the singer has never been able to emulate the success of that initial release.

Baz Luhrmann – best known as the director of films such as Strictly Ballroom, Romeo + Juliet, and Moulin Rouge! – reached number one in the UK singles chart in 1997.

The spoken word song, ‘Everybody’s Free (To Wear Sunscreen)’, also known as ‘The Sunscreen Song’, can be found on the album Something for Everybody, which also features music from his films.

Lee Perry provides the vocal, offering advice to “the Ladies and Gentlemen of the class of ’97”.

Lukas Graham are a Danish pop band that found international fame with the single ‘7 Years’ from their second studio album.

With 1.2 billion views on YouTube, the song reached number one on the singles charts in Denmark, Australia, Austria, Canada, Italy, New Zealand, the Republic of Ireland, Sweden, and the United Kingdom.

It’s a song about growing up, reflecting on frontman Lukas Forchhammer’s life so far, and what it means to him to become a father. The band continues to release music but in terms of chart success, ‘7 Years’ remains their crowning glory.

Sunshine and snow this spring for the Sarah Jayne Memorial Cup

The importance of shopping around before taking your retirement income

How worried are your grandchildren about their finances?