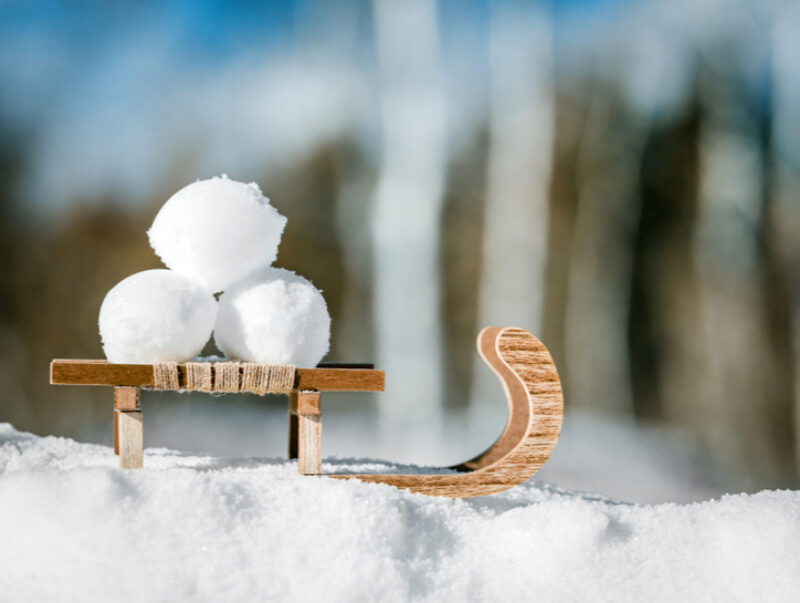 In September, the government announced a raft of changes intended to support the NHS as it recovers from the coronavirus pandemic. The changes included a rise to National Insurance – dubbed a “Health and Social Care Levy” – and an increase in Dividend Tax.

On the same day as the prime minister’s announcement, work and pensions secretary Thérèse Coffey confirmed the suspension of the State Pension triple lock.

Despite a Conservative manifesto promise not to raise taxes and to leave the triple lock intact, the economic effects of Covid-19 have forced a change. The government has borrowed record-breaking amounts and the chancellor has also had an unexpected consequence of his own “furlough” scheme to contend with.

Keep reading for your guide to the triple lock. What is it? Why has the government opted to suspend it? And what does that decision mean for your financial planning?

The triple lock was introduced by the coalition government in 2010 and ensures that the State Pension reflects the rising cost of living. It does this by increasing the State Pension each year by the highest of:

Coffey confirmed that the triple lock would be reinstated after one year and remain in place for the rest of the parliament.

The announced suspension to the triple lock has seen the removal of the “rise in average earnings” criterion, effectively turning the triple lock into a “double lock” for one year only. The change was described as “fair and reasonable” and as resulting from a “statistical anomaly”.

This anomaly was created by the coronavirus pandemic and the government’s Coronavirus Job Retention (“furlough”) Scheme, which saw millions of workers furloughed on 80% of their usual pay. As workers began to return to payroll, average wage growth rose.

Current figures suggest wages are growing at a rate of 8%, well above CPI and the 2.5% that comprise the other triple lock criteria. With inflation currently above 2.5%, the State Pension will likely rise in line with CPI this year under the one-off double-lock system.

The first thing you should do to ensure you make the most of your State Pension is to double-check your entitlement. The amount you receive is linked to National Insurance contributions (NICs). To receive the full State Pension, you’ll need 35 “qualifying years”.

You can check your National Insurance record to look for gaps and it may be possible to top-up to increase the amount you receive.

You will usually need at least 10 qualifying years before you are entitled to any State Pension at all, with the amount you receive calculated based on the number of qualifying years where it falls between 10 and 35.

Consider deferring the State Pension if you can afford to

You don’t receive the State Pension automatically on reaching State Pension Age (currently 66 but rising to 67 between 2026 and 2028). Instead, you’ll need to claim it or choose to defer.

You’ll have to think about whether you can afford to be without the State Pension during the period of deferment, but if you decide you can afford it, you will receive a higher weekly amount when payments commence.

Because you need to claim the State Pension to allow payments to start, doing nothing will see it automatically defer.

An Office for National Statistics (ONS) report back in 2019 found that median pension wealth for pensions in payment for men aged 65 and over was double that for women of the same age.

Men are also far more likely to have private pensions.

The proportion of individuals with private pensions in payment by age band and sex, Great Britain, April 2016 to March 2018: 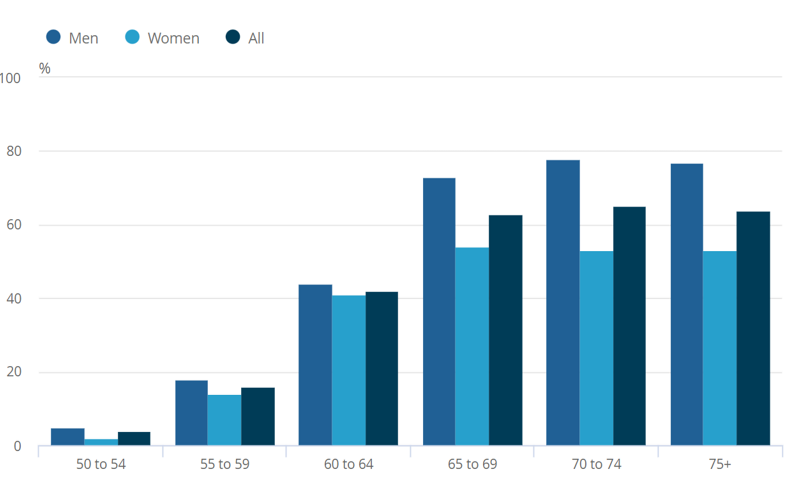 Low wage growth, a higher percentage of part-time work, and the gender pay gap means that women in retirement are more likely to rely on the State Pension.

Life expectancy is also higher for women, meaning the savings and private pensions they do hold need to last that bit longer. This makes the annual rises to the State Pension promised by the triple lock all the more important.

Whatever concerns you might have about the suspension of the State Pension triple lock remember that your long-term plan is aligned with your long-term goals. If your goals haven’t changed, it is unlikely your plans will need to.

If you would like to discuss the State Pension triple lock suspension or any aspect of your retirement plans, please get in touch and find out how our team of expert planners can help.

A pension is a long-term investment. The fund value may fluctuate and can go down, which would have an impact on the level of pension benefits available. Your pension income could also be affected by the interest rates at the time you take your benefits. The tax implications of pension withdrawals will be based on your individual circumstances, tax legislation and regulation, which are subject to change in the future.

How to keep yourself safe from financial scams

Your guide to the new NS&I green bond