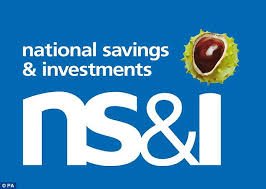 National Savings & Investments (NS&I) has cut interest on four of its variable rate products. The cuts came into force on May 1.

NS&I says the cuts follow on from the Bank of England’s base rate cut to 0.25%, a reduction which occurred last August. Clearly it has been in no rush to react.

The changes will leave Income Bonds and the Direct ISA both paying just 0.75% interest, well below the latest (January) 2.6% rate of RPI inflation.

The cuts will once again remove NS&I from the top rungs of the league tables where, unusually, they have been for some months. By shaving 0.25% off its current rates on these two products, NS&I will be cutting the income payable by a quarter – one of the curious knock-on effects of a world of ultra-low interest rates.

Premium Bonds will suffer a smaller cut, with the annual prize fund rate dropping from 1.25% to 1.15%.

There are still plenty of opportunities to earn an income well in excess of NS&I rates, but, as ever, advice is vital to balance income and risk. As a general rule, the higher the income on offer, the more risk needs to be considered, whether in terms of being locked in for a long period or losing capital security.

To talk to use about National Savings & Investments, and investments in general, please get in touch with the Hartsfield team.