‘Back to School’ books: 7 classics to re-read as an adult 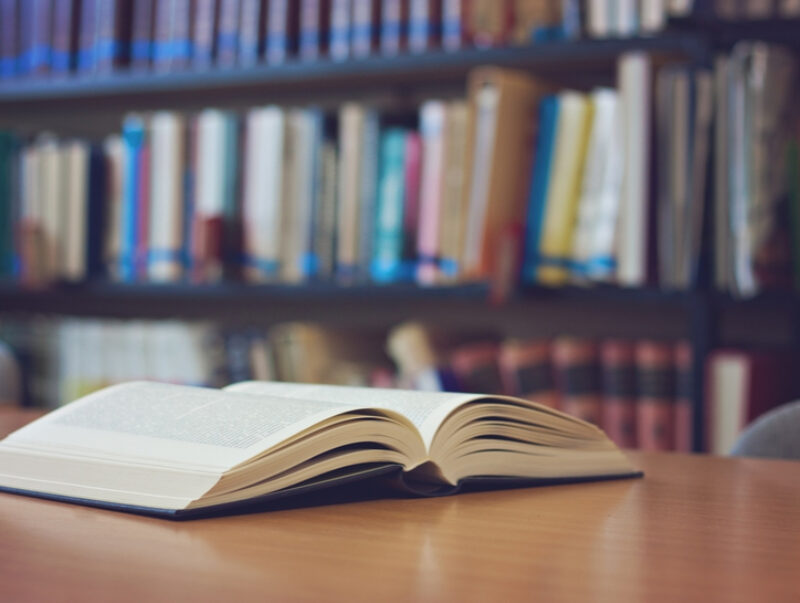 This September we celebrated World Literacy Day and National Read a Book Day. September is also the time of the year when the nights start drawing in, and kids head back to school.

If you’re looking for a nostalgic book to ease you into the autumn, here’s our list of seven classics that you read at school but are worth re-reading as an adult.

In the tradition of John Buchan’s 39 Steps, Geoffrey Household’s 1939 novel Rogue Male is a pursuit thriller. Following a failed plot to assassinate the unnamed dictator of a European country, our Englishman narrator quickly falls into enemy hands.

Tortured, and left for dead, he survives and returns to England. Once on home soil, he finds that his pursuers don’t intend to give up the chase easily. As the hunter becomes the hunted, he is forced to go off-grid.

Filmed as Man Hunt in 1941 by legendary director Fritz Lang, Peter O’Toole starred in a 1976 version. Back in 2016, Benedict Cumberbatch announced he was to star in a remake.

Published in 1877, Black Beauty: his grooms and companions. The autobiography of a horse was written – or ‘translated from the original equine’ – by Anna Sewell in the last years of her life.

It follows the life of Black Beauty, a ‘well-bred and well-born’ horse whose grandfather was a two-time winner at New Market. From his days as a carefree colt, we follow his life and owners from the reputable Squire Gordon to his working life pulling cabs in London for an inconsiderate cabman.

A classic of children’s literature, Sewell’s writing ensures that it can be re-read and enjoyed as an adult. And Black Beauty’s eventual happy retirement ensures you’ll want to pick it up again and again.

Three decades beyond the books ‘futuristic’ setting, Orwell’s 1949 dystopia is still as prescient as ever.

The novel follows Winston Smith, a worker for the Party in the Ministry of Truth. Under the watchful eye of Big Brother, the symbolic leader of Oceania and overseer of its totalitarian state, Winston does the unthinkable. He begins to question the regime.

From the telescreens in Winston’s apartment to thoughtcrime and doublespeak, the world of 1984 remains hauntingly pertinent, and poignant.

Winston’s rebellion is destined to fail. But will he learn to love Big Brother?

4. To Kill a Mockingbird, by Harper Lee

Harper Lee’s Pulitzer Prize-winning novel has been widely read in schools since its publication in 1960.

It follows six-year-old Scout as she grows up in Great Depression-era Alabama. It is a tale of racism and injustice with Scout’s father, Atticus Finch, as the novel’s moral hero. Finch is a lawyer defending a black man accused of a crime he didn’t commit.

With warmth, humour, and humanity, Lee’s novel became an instant classic and was famously filmed in 1962, starring Gregory Peck as Atticus Finch.

First published in book form in 1850, David Copperfield is Dickens’ favourite of his own novels.

Exploring similar themes to much of Dickens’ other work, we follow our narrator from early life to adulthood. Suffering hardship, adversity, and tragedy, there is also warmth, humour, and humanity.

Drawing on his own experiences, Dickens creates in David Copperfield a rounded character and the intricate details of a life, from an unhappy childhood to a successful and happy adult. It has an engrossing cast of side-characters too, crossing into and out of his life – Mr Micawber, Betsy Trotwood, and the ‘umble Uriah Heep among them.

Another perennial children’s classic, The Secret Garden was first published in a single volume in 1911.

It tells the story of Mary Lennox, a spoilt girl removed from India to the Yorkshire Moors following the sudden death of her parents.

Left alone and unloved in the imposing Misselthwaite Manor, Mary chances upon a walled garden, locked up by her uncle and guardian following the death of his wife years earlier.

The garden is as neglected as Mary herself feels. She begins to tend the garden and finds herself – and those around her – ultimately changed by the experience.

7. The Loneliness of the Long Distance Runner, by Alan Sillitoe

Alan Sillitoe, one of the ‘Angry Young Men’ of post-War Britain rose to fame with his debut novel, and instant cult-classic, Saturday Night and Sunday Morning.

He followed up that book with a collection of short stories that explored similar themes of hardship and working-class life in the Midlands, and beyond.

The title story follows Smith, a young rebel from Sillitoe’s home city of Nottingham. A petty criminal and borstal inmate, cross-country running on ‘a raw and frosty morning’ provides a mental escape.

Elsewhere in the collection, we meet characters based on real-life acquaintances of Sillitoe. These include Uncle Ernest, a shell-shocked veteran of World War I, and Mr Raynor, a schoolteacher more interested in the young women working in the drapers opposite his classroom, than the pupils in his care.

Are we fast becoming a cashless society?

As NS&I slash the prizes on Premium Bonds, are they still worth it?