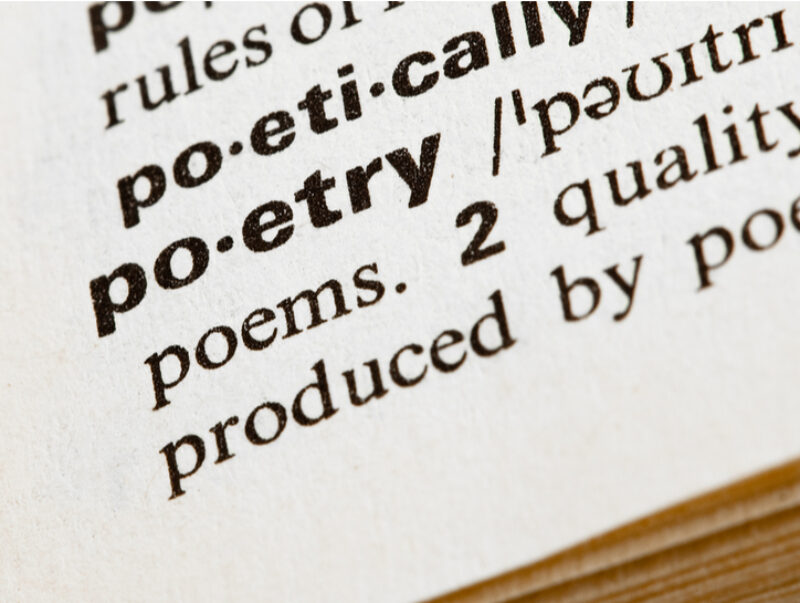 Next month, on 7 October, the UK celebrates National Poetry Day. The theme for this year’s event is “choice”.

Each year, the national awareness day sees thousands of events across the UK showcase poetic talent and start conversations about the art form.

The UK has a wealth of poetry talent, from brand new voices releasing their collections to current and former Poet Laureates and Nobel prize-winners.

With this in mind, here is our rundown of five must-have poetry collections for your bookshelf.

1. My Darling from the Lions by Rachel Long

Rachel Long founded the Octavia Poetry Collective for Women of Colour in 2015. In 2020, she released her debut poetry collection, My Darling from the Lions, which was nominated for the Forward first collection prize.

Split into three parts – “Open”, “A Lineage of Wigs”, and “Dolls” – each has a different narrative focus, covering issues of innocence and identity, as well as religion.

The title of the collection is taken from Psalm 35, in which David asks the Lord to protect him against those out to do him harm: “rescue my soul from their destructions, my darling from the lions.”

Current Poet Laureate Armitage released Seeing Stars in 2010. A former probation officer in Greater Manchester, Armitage made waves with the release of his 1989 collection, Zoom! and 1992’s Kid.

Seeing Stars is his 14th poetry collection and the first to be comprised entirely of prose poems.

In a collection that the Guardian described as driving the reader “through an utterly unpredictable world [of] fairy tales of middle age”, real-life characters share the page with misfits and the dispossessed. The poems are darkly humorous but also often hard to pin down.

The driver of a mid-range saloon picks up a hitchhiking Dennis Bergkamp and takes him to a football match in Luxembourg. The last panda on Earth bears a striking resemblance to Ringo Starr and filmmaker James Cameron begins to suspect his family are all actors, conspiring against him, and in league with the government.

Armitage was made Poet Laureate in 2019.

Preceding Armitage in the role of Poet Laureate, Duffy held the position from 2009. She was the first woman to be appointed to the role.

Making her breakthrough with 1985’s Standing Female Nude, other notable collections include Selling Manhattan (1987) and The Bees (2011).

In The World’s Wife she takes a tongue-in-cheek, yet thoughtful look at the great woman behind famous men from history. From Mrs Midas and Queen Kong to Delilah and Medusa, the poems in this collection give us Duffy’s fascinating insight into what really (probably) went on behind the scenes of these myths, legends, and real-life historical figures.

Seamus Heaney released his first poetry collection, Death of a Naturalist, in 1966. In 1995 he was awarded the Nobel Prize in Literature, the committee citing his “works of lyrical beauty and ethical depth, which exalt everyday miracles and the living past.”

Human Chain was Heaney’s 12th and final collection before his death in 2013.

Collecting poems about family, inheritance, and the links between the past and the present, Human Chain sits comfortably among Heaney’s earlier work. From reimagining early Irish lyric poems to a retelling of the Aeneid – juxtaposed with the poet’s 1950s adolescence and later life – the poems here take joy in the interconnectedness of all things.

Must-read poem: “Had I not been awake”

Another Poet Laureate to add to your collection, Motion was appointed following the death of the previous incumbent, Ted Hughes. Public Property was the first collection Motion released as Poet Laureate.

Public Property asks, “What is public art?”, while providing fascinating glimpses into the poet’s childhood, as well as travelling between Victorian and modern times, and ruminating, in the final part of the collection, on the topic of love.

5 classic ghost stories to revisit in time for Halloween

Why you should keep enough in your emergency fund, but not too much