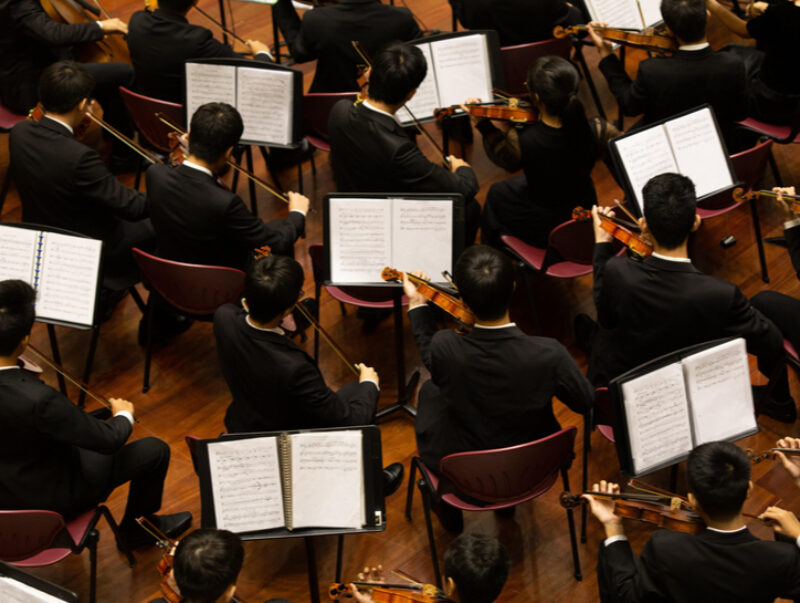 The Proms returns this year (15 July to 10 September) with packed audiences and large-scale international orchestras for the first time since 2019. The season will mark the centenary of the BBC and promises some truly epic performances.

Verdi’s Requiem, Stravinsky’s The Rite of Spring, and Mahler’s Second Symphony with Sir Simon Rattle and the newly formed Ukrainian Freedom Orchestra are just some of the highlights from this year’s line-up.

In honour of the Proms’ return, here’s a look at some of the most life-changing works of classical music, and some unforgettable performances from past Proms.

Back then, it was performed by the Simón Bolívar Symphony Orchestra comprised of young Venezuelan performers, conducted by the multi-award-winning Gustavo Dudamel.

Mahler composed the symphony between 1888 and 1894, and it was first performed in 1895. As its title suggests, it deals with the concept of resurrection and the afterlife, in so doing, encompassing the nature of existence.

Split into five movements, the piece begins at a graveside during a funeral. Moving through celebrations of the deceased’s life to moments of bleak introspection, the symphony builds toward the journey to heaven and the triumph of Judgement Day.

One of his most successful works during his lifetime, Mahler’s masterpiece was voted the fifth-greatest symphony of all time by BBC Music Magazine.

Sir Simon Rattle will be conducting the London Symphony Orchestra at this year’s event.

If Mahler’s 90-minute Symphony No. 2 feels like a long time for one piece of music, The Ring Cycle’s 17-hour running time probably won’t appeal.

Loosely based on characters from German legends, Wagner took around 26 years to complete his masterwork.

Split into four parts, usually performed over a few days and with large interludes between acts, the opera comprises ‘The Rhinegold’, ‘The Valkyrie’, ‘Siegfried’, and ‘Twilight of the Gods’.

Arguably the most famous piece of music from the cycle is ‘Ride of the Valkyries’, which sets the scene for the third act of part two.

Featuring in Francis Ford Coppola’s Vietnam War epic Apocalypse Now, the six- to eight-minute piece last appeared at the Proms in 2016. It was performed as part of the BBC’s Ten Pieces programme, which seeks to introduce children aged 7 to 14 to the world of classical music.

Aristocrat Count Franz von Walsegg commissioned the piece on the death of his 20-year-old wife Anna, in February of that year. It was intended to commemorate the first anniversary of her passing.

Sadly, the piece remained unfinished at the time of Mozart’s death in December 1791.

It is said that the composer’s wife, keen to receive the final payment from the commission, tried to keep her husband’s death a secret for a time, allowing time for fellow composer Franz Xaver Süssmayr to complete the work.

Mozart’s Requiem has appeared twice at recent BBC Proms. In 2019, Nathalie Stutzmann conducted the BBC National Orchestra and Chorus of Wales. While, in 2014, the BBC Scottish Symphony Orchestra opted for Robert Levin’s 1993 completion of the work, rather than the more commonly performed Süssmayr version.

Elgar composed the Enigma Variations (Variations on an Original Theme, Op. 36) between October 1898 and February 1899.

Comprising 14 variations on the same theme, each variation is a musical allusion to a real person. These include Elgar’s friends, his wife Alice, and one variation that is a sketch of the composer himself.

Elgar wrote, in 1911, that each variation “attempts a solution of the Enigma”, with each containing a “distinct idea founded on some particular personality or perhaps on some incident known only to two people”.

Each variation is the name or initials of the person it relates to. And while all 14 people are now known, the “answer” to the enigma posed by the orchestral work’s title has never been conclusively solved.

The Enigma Variations was memorably performed by the Philharmonia Orchestra at the 1995 Proms, where it was introduced as “one of the great pillars of the English repertoire”.

British violin star Nigel Kennedy brought Vivaldi’s most famous work to the BBC Proms in 2013 with an all-new version.

Kennedy was accompanied by the Palestinian Strings, a group of Palestinian musicians aged between 12 and 22, from the Edward Said Conservatory of Music, and the Polish members of his Orchestra of Life.

Vivaldi’s four violin concertos take the seasons as their inspiration, beginning with ‘Spring’ and were composed around 1718 to 1720.

Among the scenes represented throughout the piece are flowing creeks with birdsong, shepherds working the fields with their dogs, drunken revelries, and the comfort of a winter fire.

Using each piece to tell a story, The Four Seasons is one of the earliest uses of narrative in classical music, a form that would become known as “program music”.

Your guide to the Lifetime Allowance