5 classic ghost stories to revisit in time for Halloween 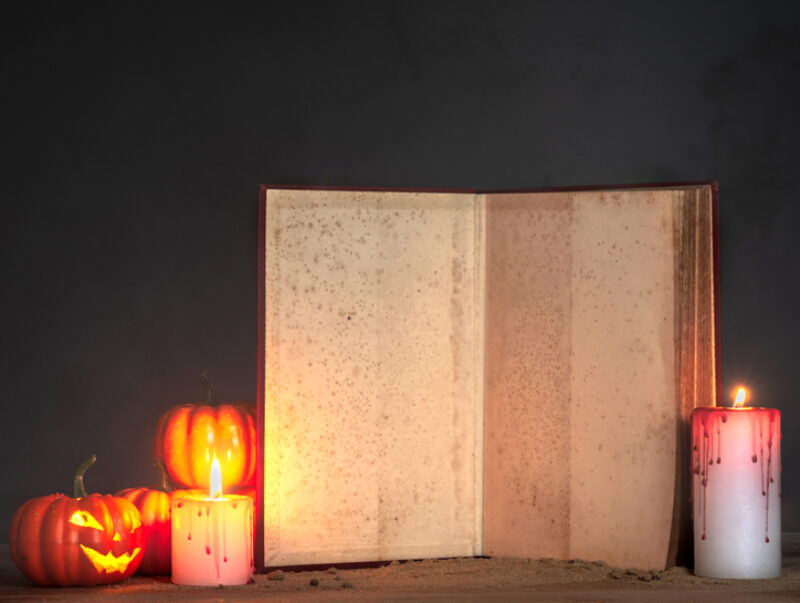 As the nights draw in and Halloween approaches, you might be brave enough to settle in with a classic ghost story, sure to keep you intrigued and chilled in equal measure.

From Charles Dickens to mid-twentieth century and modern classics, ghost stories have long captured the imaginations of readers.

Keep reading for our list of five great ghost stories to add to your to-read pile in the runup to Halloween.

This collection of Dickens’ short stories features ghostly chapters from his novels The Pickwick Papers and Nicholas Nickleby. It also features one of the most famous ghost stories of all time, the tale of Ebenezer Scrooge in A Christmas Carol.

But for Halloween frights – or at least a sense of unnerving disquiet – try The Signalman.

The tale of an isolated signalman working a desolate stretch of railway line and haunted by promotions of catastrophe is both eerie and mysterious. The story was adapted by Andrew Davies for the BBC’s Ghost Story for Christmas series that ran between 1971 and 1978.

2. The Turn of the Screw by Henry James

After A Portrait of a Lady, novelist Henry James is arguably best known for his psychological ghost novella, The Turn of the Screw.

A newly-appointed governess arrives at an Essex country house to take up a lonely post, in charge of two recently orphaned children. The young woman becomes increasingly fearful that the children are in danger.

With her predecessor dead, and a stranger stalking the towers and grounds of the house, the young woman will need to confront her nightmares as she battles the house’s evil.

This chilling story was described by Oscar Wilde as “a most wonderful, lurid, poisonous little tale” and is sure to stay with you long after you’ve put it down.

3. The Haunting of Hill House by Shirley Jackson

Stephen King has called The Haunting of Hill House “as nearly perfect a haunted-house tale as I have ever read.”

Published in 1959, the story has twice been filmed as The Haunting (in 1963 and 1999) as well as being used as the basis for a stage play and the inspiration for a Netflix series.

The story follows Eleanor and a group of guests who accept Dr Montague’s invitation to spend a summer at Hill House. Dr Montague is an anthropologist and doctor of philosophy, but his real passion is for the analysis of supernatural manifestations.

Reliant on psychology and ratcheting dread more than all-out horror, the group’s summer at Hill House will test their bravery and inner strength as they each confront their darkest nightmares.

4. The Woman in Black by Susan Hill

1983’s The Woman in Black is one of the longest-running shows in London’s West End and has been filmed with Harry Potter star Daniel Radcliffe in the lead role. The film spawned a sequel and a novelisation, but it all began with the book that the Guardian called “a rattling good yarn, the sort that chills the mind as well as the spine” and that the Telegraph called “authentically chilling.”

Arthur Kipps, a young lawyer, travels to England’s northeast coast to settle the estate of recently deceased Mrs Alice Drablow. At the funeral, he witnesses a mysterious woman dressed all in black and afterwards, he returns to Mrs Drablow’s former abode to deal with her affairs.

Eel March House, on Nine Lives Causeway, is cut off from the mainland at high tide, becoming an island surrounded by marshland and banks of thick sea fog. As Kripps works in the house he becomes increasingly sure he is not alone and yet the townspeople he speaks to are reticent to talk about the woman in black and fearful of revealing her secrets.

5. The Loney by Michael Andrew Hurley

Winner of the Costa First Novel Award and featuring on many publications’ “Best Books of 2015” lists, this modern classic will appeal to fans of the other books on our list.

Two brothers head with their parents to the wind-swept coast of Cumbria. There, they stay at “The Moorings”, a house overlooking a patch of “strange nowhere between the Wyre and the Lune” that they know only as “the Loney”.

Smith and his devout family travel to the Loney hoping that a nearby shrine will cure Smith’s brother of his muteness, but the brothers become entangled in local matters that they can’t hope to understand.

Years later, when the body of a young child is found at the Loney, Smith must return to that place and the springtime of his childhood.

How to keep yourself safe from financial scams

Your guide to the new NS&I green bond